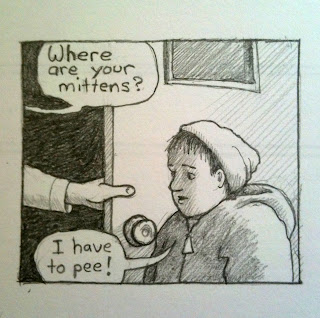 To celebrate I'm sharing some winter comics I just rediscovered in one of my old note books. I was digging around in my old sketchbooks yesterday looking for some notes I made a few years ago when I came across these comics. I'd completely forgotten about them, and I'm not sure if I ever published them on serializer.net when that was active, so I thought I'd share them via my Google+ albums.Enjoy! 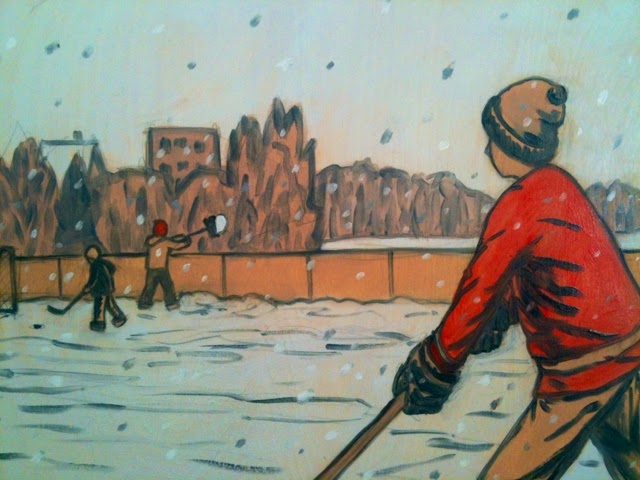 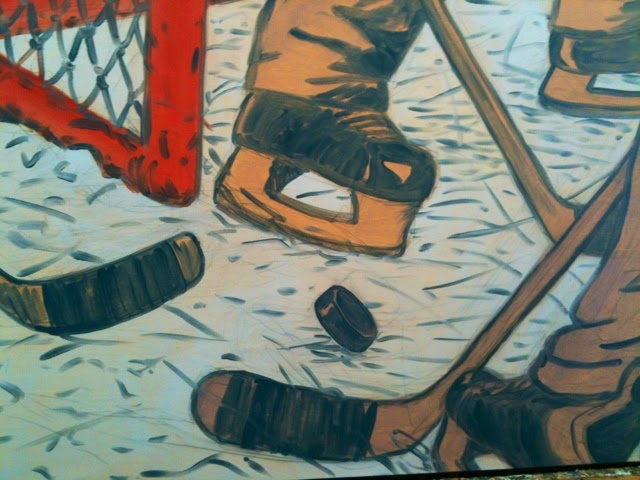 Web site all tweaked up for the holidays

Instead of putting everything up and overwhelming the viewer by asking them to organize it themselves through a general search page, I've pared down what's displayed to just my best work. As well, I've organized the art by series, and added a menu for selecting a series so it's easy to navigate.

Enjoy, and happy Festivus / Holidays / whatever you like to celebrate.

I've finished cleaning up all the photos, and I've posted the new paintings to my website: http://www.marcelguldemond.com/Artwork and to my Google+ account.

Oh yeah, I've also re-organized my website a bit. I've replaced the general search mode with a view by series mode. I'll do another blog post about that soon, but the idea was to make it easier to navigate the artwork by organizing them by their content and style. I think it was too much to ask the viewer to try to organize everything themselves. I also increase the thumbnail size, and added a few other tweaks. 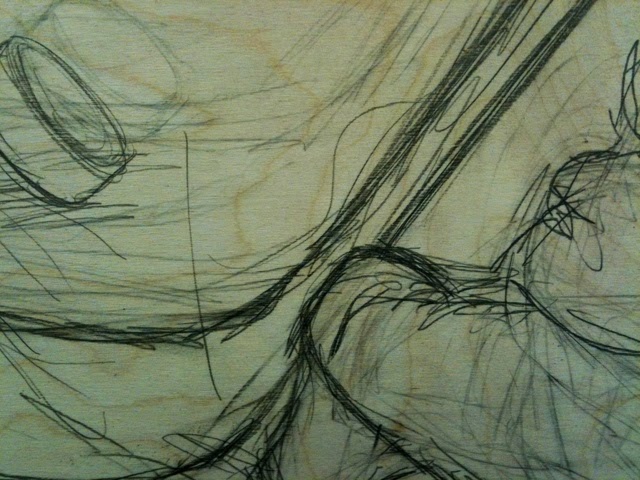 Today I'm working at the day job, so I still don't have any work in progress photos to share, but tomorrow I'll be working on art again. I have some tweaks to do to my website, but hopefully I'll have time to get back to painting again after that and I'll be able to post some more studio photos. 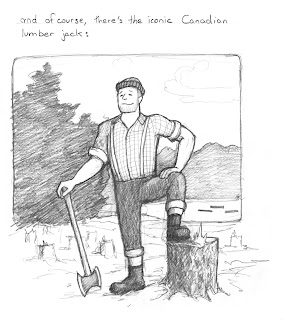 Until then, here's a comic page from the long lost past. Maybe not too long ago, but what the hell. I think maybe if I get some time I'll start posting my self-published comics to my Google+ stream
Posted by Unknown at 1:13 PM No comments:

This morning, it's shipping

No art making this morning, as I'm packing some paintings up so I can ship them to some galleries. 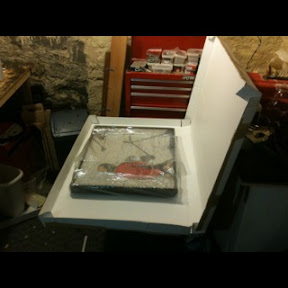 My old friend Dave was in town the other day and we had him over for dinner. I've known Dave since 7th grade, and our paths have diverged and reconnected a few times since then. When Dave saw my bookshelf of comics and graphic novels, he asked me if I had any suggestions for good comics to read. I thought hey, what a good idea for a blog post or two. I haven't really kept track of what's going on in comics since I switched back to painting a few years ago, so this list might seem kind of dated. I'll try to include links to the books if I can find them.

In random order and off the top of my head:

Blankets by Craig Thompson - Dave's already read this one, so I'll just get this out of the way at the beginning. Dave and I both grew up in the same conservative Christian tradition, and we've both long since left that community behind, so this one, a coming of age in a stifling religious community story, resonated with both of us quite strongly. It's a masterpiece both in terms of story telling and the quality of the art, and has rightly garnered a whole lotta praise and hopefully lotsa awards too. (As I said earlier, I have no idea what's going on anymore.)

From Hell by Alan Moore and Eddie Campbell - The Jack the Ripper story. I haven't read it in a while, so I might be off on the details, but Moore weaves a powerful black magic/psychosis into a complex story, which, if I remember correctly, I found to be a real page-turner. Eddie Campbell's art is gritty and slashing, the inking itself looks almost bloody. The book is dark and dirty, like coal smoke, an antithesis to cleanliness of the Agatha Christie murder mysteries (which I love too). It's powerful stuff. And my favourite part might actually be Moore's afterword, called Dance of the Gull Catchers, about how we'll never know the true facts, and the real story is the stories that we choose to construct out of these mysteries, but I think I liked that mostly because of it's meta-consciousness aspects.

Essex County by Jeff Lemire - a collection of intertwined short stories about the various members of a family from a farming community in Essex County. Beautifully written, with a kind of awkward drawing style that somehow really works, really puts you in Essex County, and helps you feel the struggles of the characters as the wrestle with their conflicting feelings about themselves and each other. And it has hockey. It's a bittersweet work of art, a lot more than a slice of life, it made me happy and sad at the same time.

Holy cow, all 3 of those are Topshelf books. Didn't realize that until I actually looked up the links to the books.Good job Topshelf!

Posted by Unknown at 1:35 PM No comments:

This is a sneak peek at the painting I started this morning. It's going to be wintery, with lots of snow. #ontheeasel #workinprogress

Posted by Unknown at 3:06 PM No comments:

And now for some doodles... 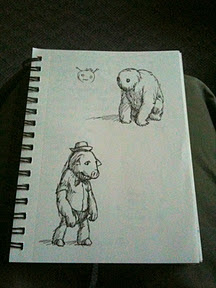 I'm not really sure where my next set of paintings is going to go yet, and I'm a few days away from getting back to the studio, so until I figure that out, here are some doodles for your viewing enjoyment. 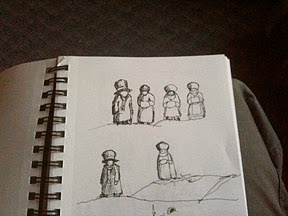 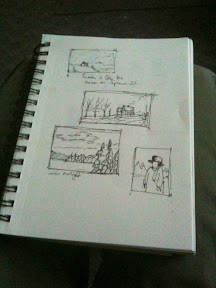 Posted by Unknown at 4:13 PM No comments: