If you're in Toronto, please come out and say hi if you get a chance, it would be great to see you. This will be my first show with only large paintings. I was nervous about that but the gallery has already sold 2 of the 5 pieces, so it's off to a good start. :) 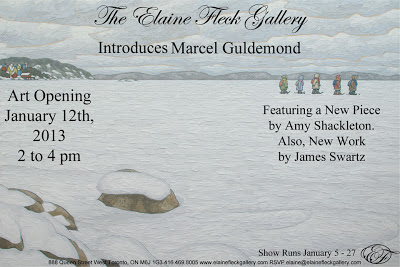 Posted by Unknown at 2:44 PM No comments:

Last News & Notes for a while 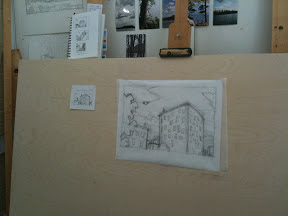 - the show at Cyclelogik in Ottawa opens tomorrow night, December 7 @ 8pm - I'll have a few small pieces in it, and I'm hoping on going to the opening.
- the opening for my show in January has been confirmed for saturday the 12th from 2-4pm, in Toronto at the Elaine Fleck gallery.
- the piece that was supposed to go in the Elaine Fleck December show has been sold, so I won't have anything in that show.
- All my new work is going into the January show, which is my first one with only large paintings, so I'm both excited and nervous about that one. If you're in Toronto please come by to see it if you get a chance.