I've finally posted pics of the robot commision I did this summer.


Hi Everyone,
Wow, it's been a while since I've sent an update. It's not that I haven't been painting, it's that I've been working hard on developing a new style of painting, so I haven't really had any finished pieces to show publicly for a while. That's finally changed, as I've managed to finish some that I'm happy enough with to post online.
I've had a lot of ideas floating around in my head as far as new ways (well, new to me, at least) for quite a while, and I finally decided I was going to have to try to work through them. I've been working on trying to learn from many of the fantastic comic book artists and illustrators and painters who are posting their work online, while still maintaining a style that's really my own. It hasn't been easy, but as you can see from the detail photo of 'grassy hill' above, it's finally been starting to come together.
I'm now randomly pasting ripped up photocopies of pages from my favourite books as an underpainting layer, and I've dispensed with the really heavy blobby painting that I had been doing previously, replacing it with thinner layers that still reveal the text underneath.
I haven't really figured out a good name for this style yet, but hopefully I come up with one before my new show, which is slated for February.
That's right, I'll be having a show at the Elaine Fleck Gallery in Toronto in February, and it will be all new paintings in this new style! (Holy crap, I sure hope some of them turn out! (eep))
I'll be sending out updates more frequently this fall with new paintings and news about the show.
Thanks so much for reading,
cheers,
Marcel
Posted by Unknown at 10:00 AM No comments:

This one's almost finished, woo. :) hopefully I'll get it finished by the end of the day.

Posted with Blogsy
Posted by Unknown at 9:24 AM No comments: 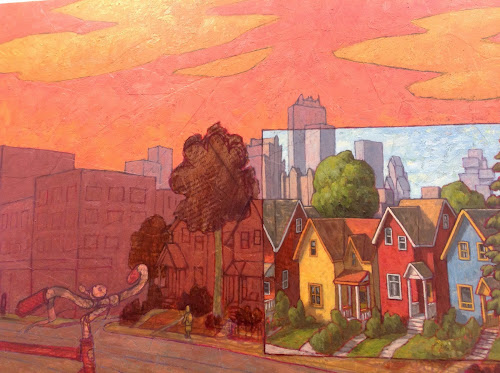 The end is near! Well, the end as in when this painting's finished anyway. Cheers, marcel

Posted with Blogsy
Posted by Unknown at 9:46 AM No comments: 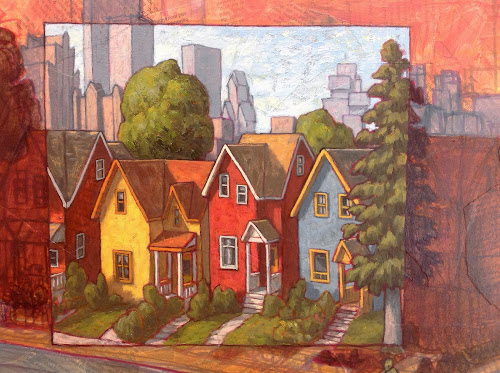 Posted with Blogsy
Posted by Unknown at 12:58 PM No comments: 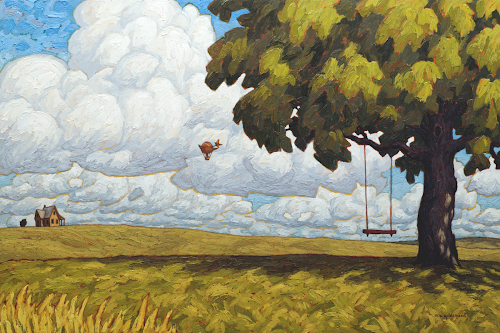 I've just purchased a new iPad, mainly for working on a new book and for blogging from the studio. I'm using Procreate for making art on this iPad, and holy crap is this program awesome!
right now I'm trying out Blogsy for my blogging editor, hopefully this makes it easier to blog from the studio than using my phone. I also hope the photos turn out better than my previous setup.
Ok, back to painting!
Marcel

Posted with Blogsy
Posted by Unknown at 9:35 AM No comments: