things that could have been (red umbrella)

I've uploaded my newest painting - click below for a larger image.

I think I've successfully wrestled this one into shape, so I'm declaring it done. (I don't know why Im still surprised that most paintings have to be fought with so much to get them to close to the original vision, because I've been at it for years, so I shouldn't be. I guess I don't learn, haha)

I mention Beethoven because That's what I was listening to while I worked on it, I'm still not sure about the title.

This photo is a detail, I'll post full pics once I get the Nikon camera out. 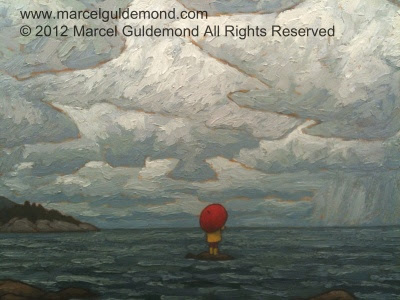 Posted by Unknown at 4:16 PM No comments:

Today's a day for trying again

I'll be repainting the parts that I scraped off last week that didn't turn out so well. Hopefully I can get this one finished off today. 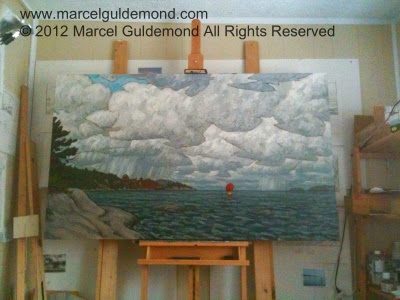 Posted by Unknown at 8:40 AM No comments:

Moody clouds, with an umbrella

This is as far as I managed to get on Saturday. I listened to Beethoven most of the day, which seems to be working well for this kind of painting. 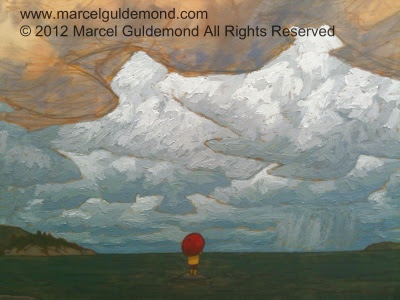 For painting because you can finally open the windows. Although I think I like summer better because I can hear the breeze in the leaves of the trees while i'm painting and it reminds me of my living and working outside tree planting days. 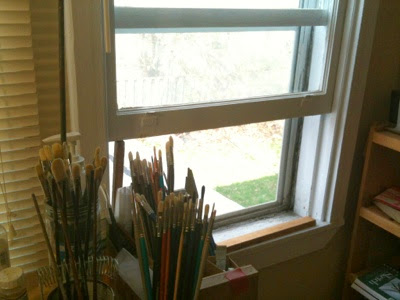 I get really wound up

At this stage of a painting. The looser and more forgiving underpainting is done, and now I'm starting on the final layers. This is the stage when I get anxious that I'm going to screw it up completely, which can be paralyzing. then i have to say 'fuck it' and just hope it works out because otherwise I'll be stuck on it forever. 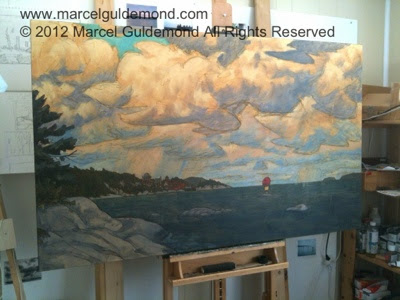 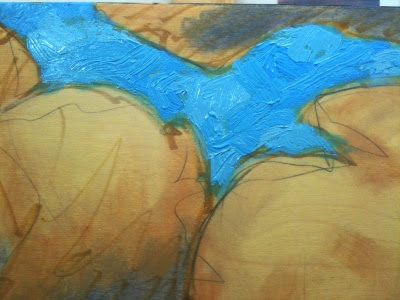 This morning I'm working on a painting with an umbrella in it. This is a detail with the drawing stage finished.

Update: here's another detail with the sky underpainting finished. 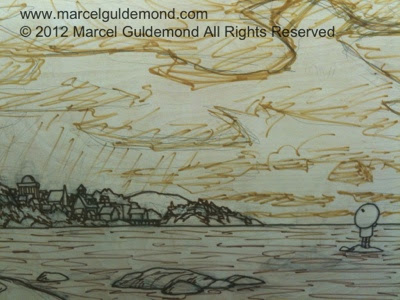 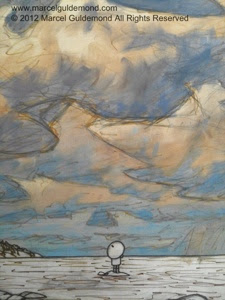 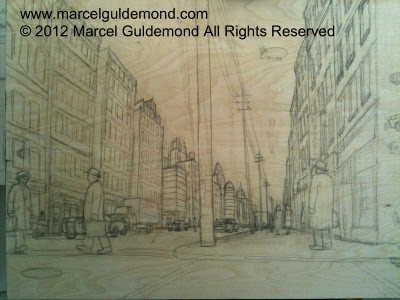 Trying to get something futuristic-retro for this cityscape. Somehow doodling right on the painting works better than doing separate studies sometimes. 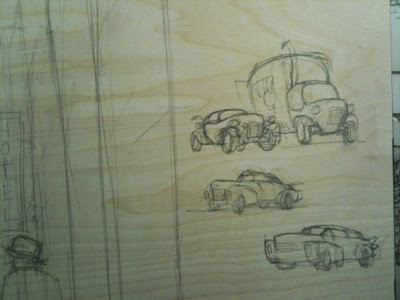 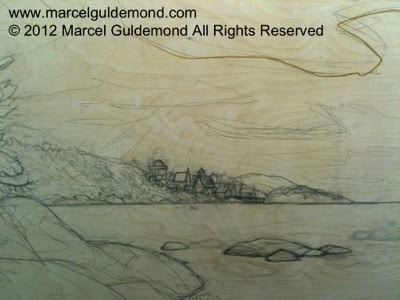 Posted by Unknown at 1:03 PM No comments: